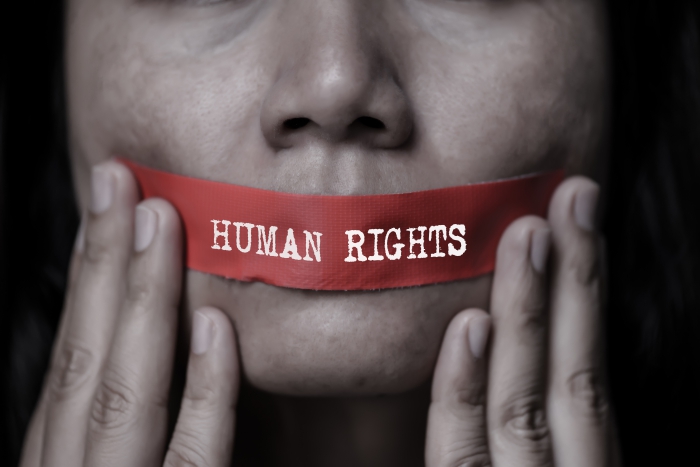 “The rights of every man are diminished when the rights of one man are threatened.” – John F. Kennedy

Knowles Law Firm, PC practices in the area of human rights litigation and advocacy.  In addition to a law degree, Brian M. Knowles received a Certificate of Law in Intercultural Human Rights Law and a Masters of Law in Intercultural Human Rights Law, and since a young age, Mr. Knowles has had an inherent attribute of standing up for those who are being unfairly taken advantage of or face discrimination.  Mr. Knowles has a strong belief in fighting and advocating for those whose human rights have been violated and advocating both on the local, domestic, and international stages for the rule of law and advancement of human rights protections.

Human rights stand for the premise that all individuals deserve the right to be treated with dignity and respect.  Violations of our basic human rights should not be tolerated in any society.  Human rights are individuals’ most fundamental rights that are formally found within a multitude of international treaties with many of these rights incorporated into the domestic laws of countries.  Human rights involve the prohibition of violations such as genocide, war crimes, and crimes against humanity. Additionally, human rights entail economic, social, cultural, civil, and political rights, including the rights to freedoms of speech, religion, association, healthcare, work, and education.

The firm investigates and handles human rights claims including, but not limited to, the following:

It is estimated that worldwide there are 4.5 million victims of sex trafficking.  The International Labor Organization’s (ILO) Forced Labor Convention, 1930 (No. 29) defines sex trafficking under the auspices of forced or compulsory labour, which “shall mean all work or service which is exacted from any person under the menace of any penalty and for which the said person has not offered himself voluntarily.” Furthermore, the United Nations Protocol to Prevent, Suppress and Punish Trafficking in Persons, Especially Women and Children, supplementing the United Nations Convention against Transnational Organized Crime defines human trafficking, which “shall mean the recruitment, transportation, transfer, harbouring or receipt of persons, by means of the threat or use of force or other forms of coercion, of abduction, of fraud, of deception, of the abuse of power or of a position of vulnerability or of the giving or receiving of payments or benefits to achieve the consent of a person having control over another person, for the purpose of exploitation. Exploitation shall include, at a minimum, the exploitation of the prostitution of others or other forms of sexual exploitation, forced labour or services, slavery or practices similar to slavery, servitude.”

In 2000, the United States passed the Trafficking Victims Protection Act (TVPA), which contains criminal penalties for violations of human trafficking.  In 2003, a civil private right of action was added to the TVPA and codified at 18 U.S.C. Section 1595, which allows victims to sue their perpetrators for monetary damages and attorneys’ fees.  In 2008, Congress expanded the civil private right of action allowing suit against “whoever knowingly benefits, financially or by receiving anything of value from participation in a venture which that person knew or should have known has engaged in an act in violation of this chapter.”

According to The Human Trafficking Legal Center since 2003, known verdicts and settlements under the TVPA’s private right of action total over 108 million dollars.

As of 2017 according to the ILO, 40.3 million people are in modern day slavery, which equates to 5.4 out of every 1,000 people in the world with 1 in 4 victims being children.  24.9 million people are in forced labor.  The above-mentioned domestic and international laws also are applicable to individuals victimized by forced and slave labor.

Victims of sexual abuse and violence often feel embarrassed to come forward about their abuse or either suffer repressed memories of the abuse.  Unfortunately, many victims believe that if they come forward that they will become a target for bringing such allegations against the perpetrators of the sexual abuse and will be re-victimized and attacked for bringing such allegations.  Often times, organizations or entities facilitate sexual abuse of victims within their confines, such as churches or other religious facilities, day cares, and schools.  Knowles Law Firm, PC ferociously advocates for victims of sexual abuse against the perpetrators and those entities that are involved with facilitating the sexual abuse of victims.  The firm has been involved with allegations of several minors, who alleged sexual assaults and abuse by an employee of the school system.

Speaking up about those who have abused you or others can allow justice to be served and can help prevent others from experiencing similar abuse.

Civil rights violations occur in many forms and on many different levels.  Knowles Law Firm, PC has actively represented numerous individuals whose civil rights have been violated on the grounds of racial, age, or sexual discrimination by private companies and government entities.  The firm has been engaged in representing an individual who was humiliated and denied access to a haircut at a national haircut company based on his race.  Additionally, the firm has been engaged in representing a federal employee who endured severe and extreme racial discrimination, including being exposed to hangman’s nooses and vile racial slurs and commentary.

If you or a loved one have suffered human rights violations as a result of the actions of individuals, private corporations, or government entities, you may be able to file a claim or lawsuit seeking compensation for your injuries.